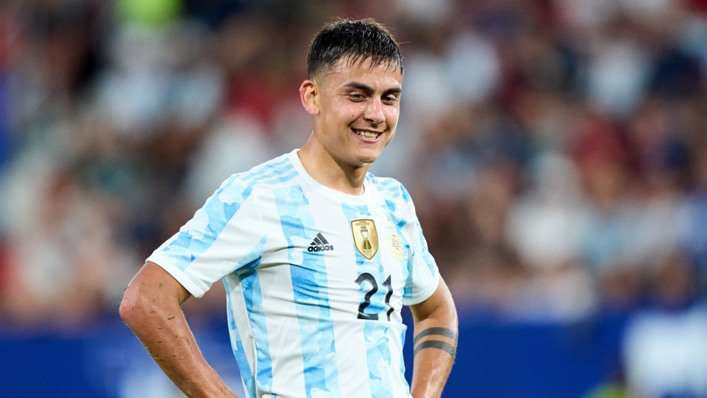 Paulo Dybala has overcome injury to take his place in the Argentina squad for the 2022 World Cup.

The Roma forward has not played since the Giallorossi’s win against Lecce on October 9 after suffering a thigh problem, though reports had suggested he was close to a return.

That appears to be the case as Argentina head coach Lionel Scaloni has named Dybala in his 26-man squad for Qatar, a list headlined by Lionel Messi in what is expected to be his final World Cup.

The 35-year-old has rediscovered his form at Paris Saint-Germain, scoring 12 goals in 18 games this season, and he will be joined in attack by the only Albiceleste player to equal him for goals in qualifying (seven), Lautaro Martinez, as well as Dybala, Angel Di Maria, Joaquin Correa, Julian Alvarez and Nicolas Gonzalez.

Like Dybala, Tottenham centre-back Cristian Romero has recovered from injury in time to make it, with Manchester United’s Lisandro Martinez also on the plane.

However, Villarreal midfielder Giovani Los Celso has failed to make the cut after recently sustaining a hamstring injury.

Impressive 21-year-old midfielder Enzo Fernandez earns his place in the squad after a good start to life at Benfica, while Brighton and Hove Albion’s Alexis Mac Allister has also been rewarded for his form in the Premier League.

The two-time World Cup winners begin their campaign on November 22 against Saudi Arabia, before facing Mexico and Poland in their other Group C games.